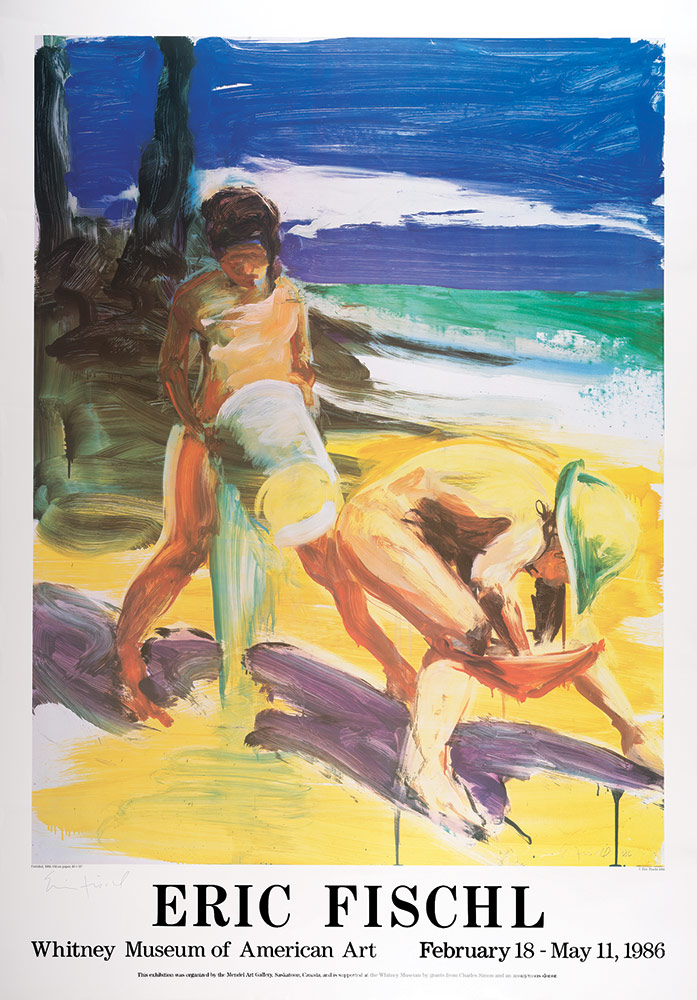 Click or tap image for a larger version.
Eric Fischl has work in The Smithsonian American Art Museum.

Born in New York City in 1948, Eric Fischl grew up in the suburbs of Long Island. He began his art education in Phoenix, Arizona where his parents had moved in 1967. First at Phoenix Junior College, then a year at Arizona State University, and finally getting his BFA in 1972 at the recently opened California Institute of the Arts in Valencia, California.

In 1974, he got a job teaching painting at the highly touted Nova Scotia College of Art and Design. It is there that he met his future wife, the painter, April Gornik. In 1978 they moved to New York City where they continue to live and work.