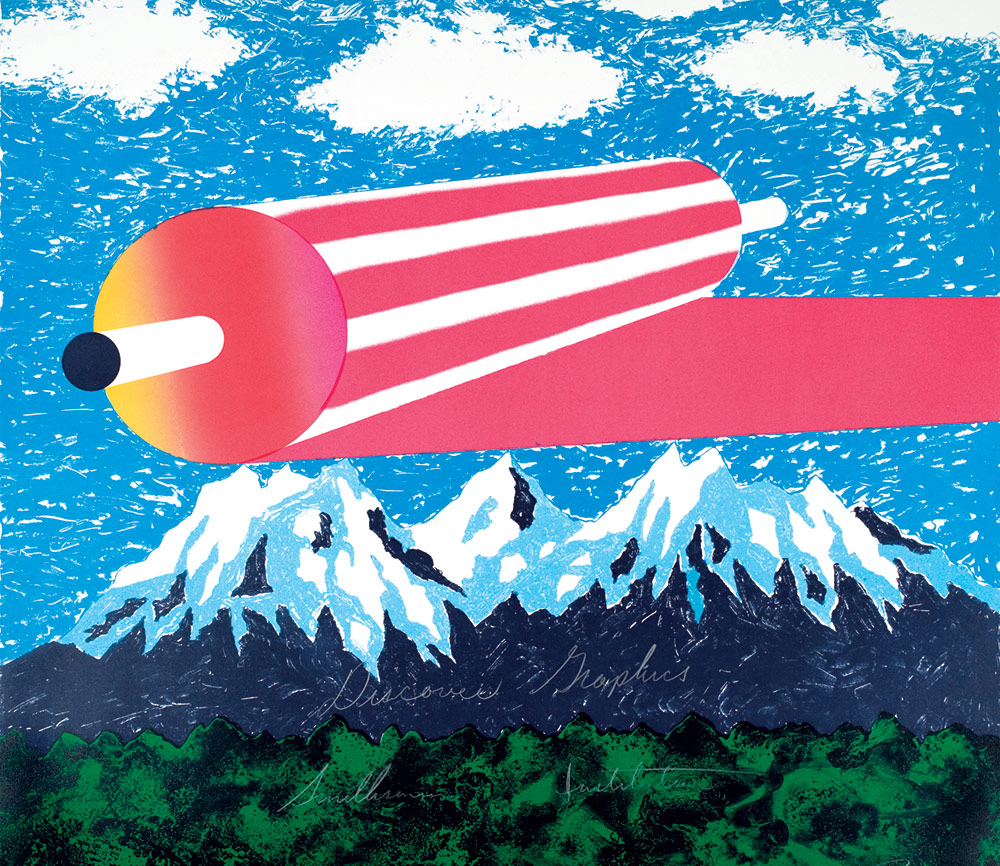 Click or tap image for a larger version.
James Rosenquist created this eight-color lithograph in 1994 to celebrate "Discover Graphics," a Smithsonian educational program on the printmaking process. Rosenquist has described this work as a "huge inked hand roller, rolling across our purple mountain majesties. The tops of the mountains are the metaphor for the raised printing surface on a lithographic stone."

James Rosenquist (b. 1933, Grand Forks, North Dakota) studied art in Minneapolis, Minnesota, and at the Art Student's League in New York City. Both in Minnesota and later in New York, he was employed as a sign painter and worked on enormous displays, including billboards in New York City's Times Square.

Because much of his work incorporates a "billboard" style, and focuses on American popular culture, Rosenquist is considered an early leader of the Pop Art movement. However, he has also used Surrealist elements in his work. Rosenquist's paintings are displayed at major museums, including the Museum of Modern Art and the Smithsonian Hirshhorn Museum and Sculpture Garden.