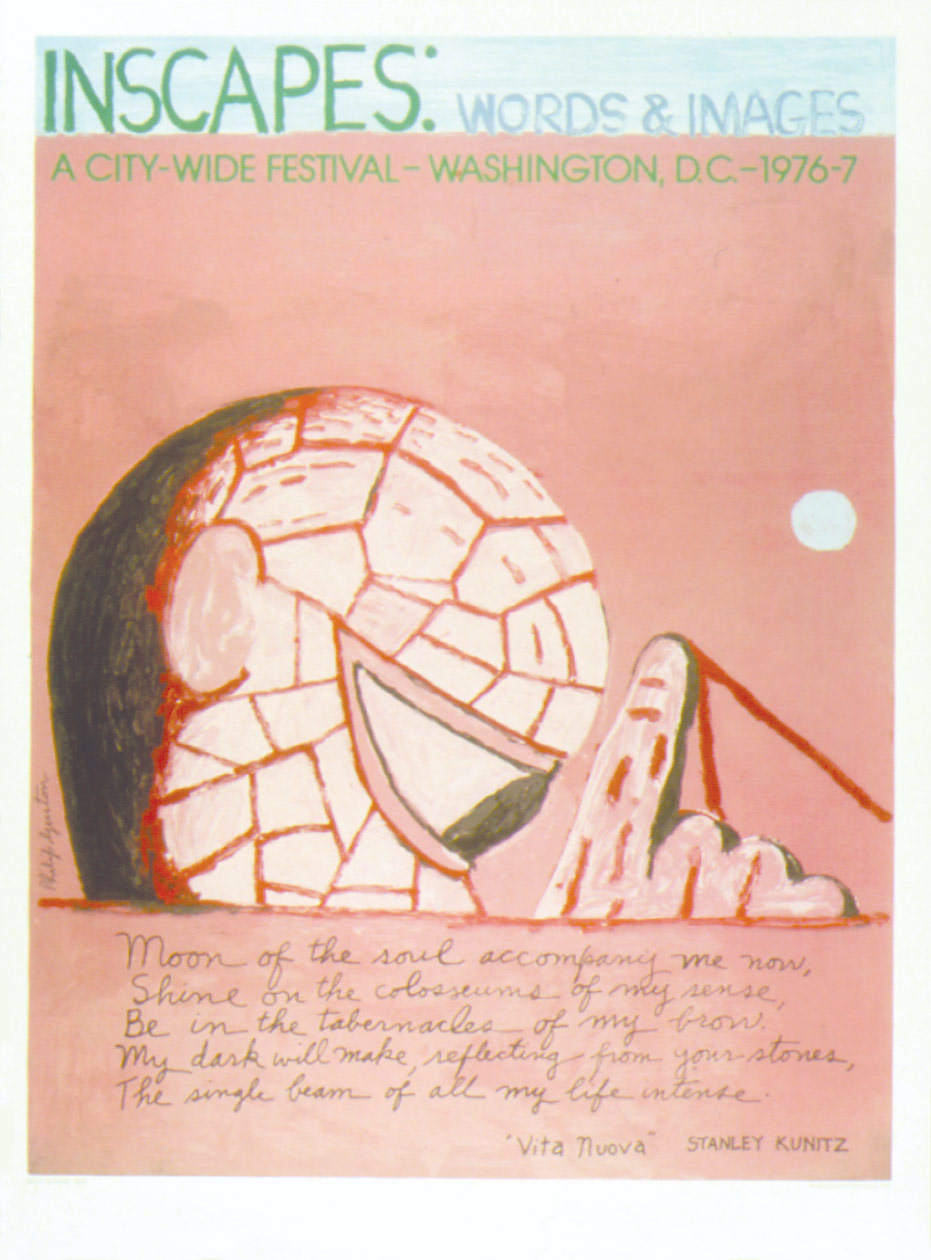 Click or tap image for a larger version.
Inscapes: Words and Images was a 1976 city-wide festival held in Washington, D.C. to celebrate the collaboration of poetry and visual arts. To commemorate the festival, the Smithsonian commissioned Philip Guston and poet Stanley Kunitz to create this collaborative work inspired by and featuring one of Kunitz's poems.

The print is one of the first pieces in his now-famous Neo-Expressionist series. Conveying the artist's despair, it reveals a large disembodied head, dominated by a single bulging eye contemplating the universe. Throughout his 50-year career, he alternated between painting and drawing, as he was acclaimed for his strong, metaphysical paintings with unique cartoon-like characters.

Philip Guston (1913 - 1980, Montreal), was a leading painter of the post-World War era know for his Abstract Expressionist works that often conveyed frank social commentary. Guston was essentially a self-taught artist, studying only briefly at Otis Art Institute in Los Angeles. Between 1932 and 1940 he painted murals for the WPA. He received a Guggenheim Fellowship in 1947, and the Prix de Rome and an American Academy of Arts and Letters grant, allowing him to study Renaissance painting in Europe. In 1950 Guston, together with Jackson Pollock, founded the New York School of Abstract Expressionism. His work was shown at the Bienal de Sao Paulo in 1959, the Venice Biennale in 1960, and exhibitions at the Museum of Modern Art. His work is in permanent collections, including the Guggenheim Museum, the Whitney Museum of Art, the Museum of Modern Art, and the Tate Gallery in London.

Special Information: 12-color serigraph, signed and numbered edition of 100. Printed on Lenox 100% rag paper by Chromacomp, Inc. Sold unframed and comes with a certificate of authenticity from the Smithsonian.