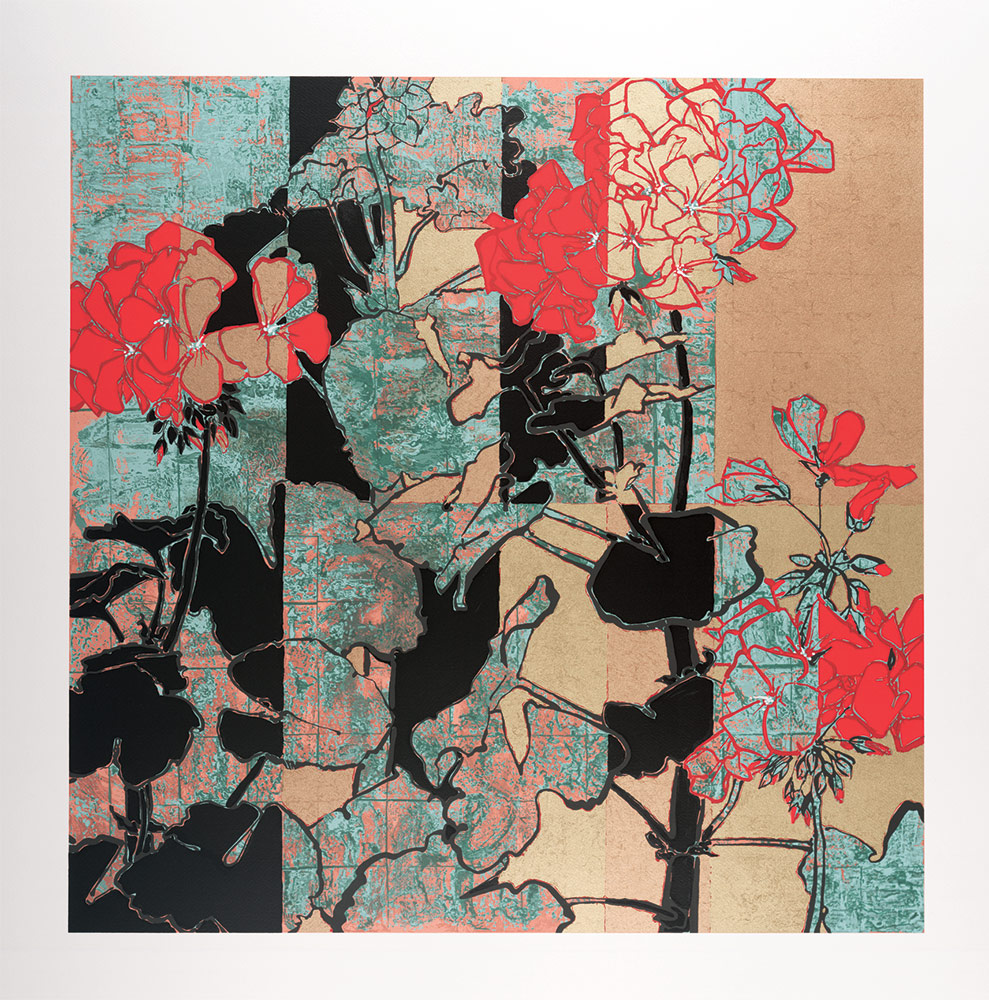 Red Geranium is a joyous, playful set of visually intense patterns based on a floral motif in a distinctly Japanese style. Tints of gold, silver, and copper metallic pigment enhance the exuberant botanical theme. Repetition, contrast and directional variation erupt in Kushner’s spontaneous, yet carefully constructed design echoing his journeys to Japan and studies with master woodblock printers.

Born in 1949 in Pasadena, California, Robert Kushner received a BA from the University of California. It was not until 1987, after 17 years of a full and varied art practice, that Kushner began to paint on canvas and create works of art on paper. He approaches print making with a delight, adventurousness and humor that have been characteristic of his work from the beginning. He is an internationally recognized visual artist and has exhibited widely since 1971. His work has appeared at the Whitney Museum of American Art, National Gallery of Art, Los Angeles County Museum of Art and the Brooklyn Museum of Art.

Special Information: 24-color screen print, signed and numbered edition of 100 printed on Rives BFK paper. Sold unframed, comes with a certificate of authenticity from the Smithsonian.