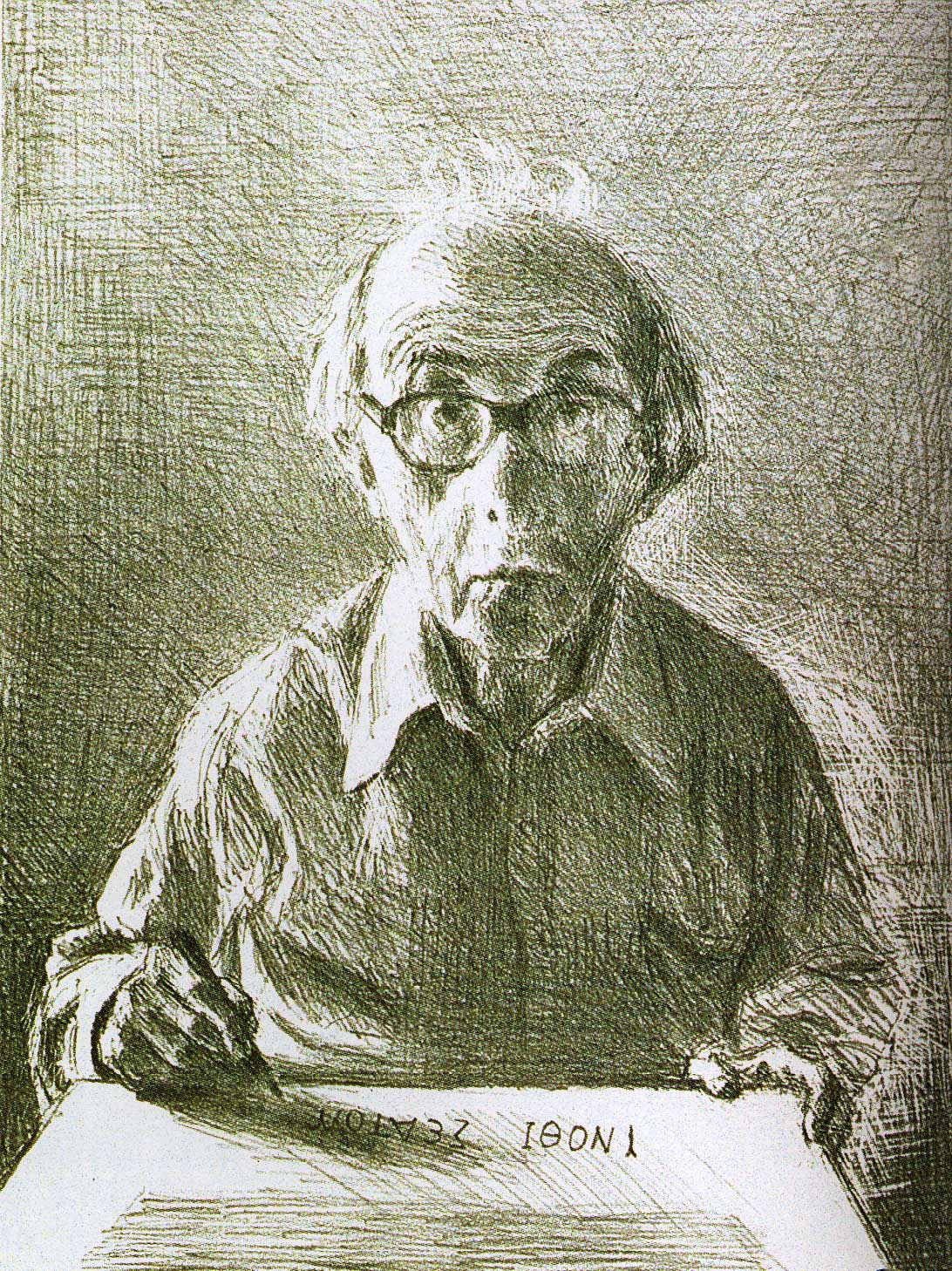 Click or tap image for a larger version.
Raphael Soyer (Borisoglebsk, Russia, 1899 -1987) was considered a master realist painter. Raphael and his twin brother, Moses, were part of New York City's urban realist movement in the late 1920s. Soyer's paintings often focus on neighborhood scenes depicting his fascination with the ordinary people and daily routine of the city around him. His works are in permanent collections in museums around the world.

Raphael Soyer's Self Portrait was commissioned in 1982 as part of his solo show at the Hirshhorn Museum and Sculpture Garden. His realistic style is clearly illustrated through his image, at age 82, peering into a mirror. The ancient Greek inscription on the lithographic stone reads "Know thyself."

Special information: Black and white lithograph, signed and numbered edition of 100. Printed on Rives BFK paper. Sold unframed, accompanied by a certificate of authenticity from the Smithsonian.