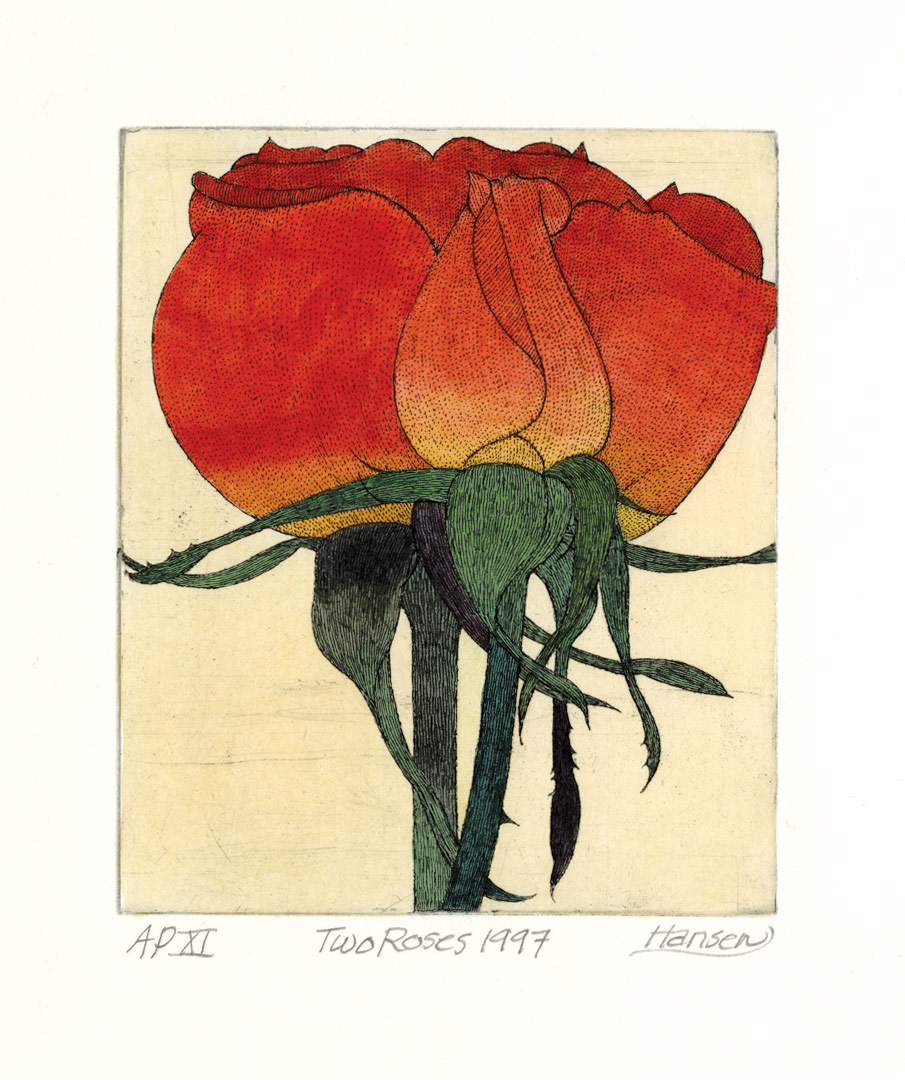 The sumptuous color etching is based on flowers that Art Hansen can see from his home on Vashon Island, just south of Seattle. The flowers burst with color as they push against the edge of the space.

Although he is a Seattle native, Hansen's artistic sensibilities fuse a variety of influences from America, Europe and Japan. Following his studies at the University of Washington and the University of Minnesota, Hansen was awarded a Fullbright Fellowship, and studied at the Akademie der Bildenden Kunste in Munich, Germany. He also received a Pulitzer Prize for Art in 1952. The attention to subtle detail seen in his prints and his studies in Munich and nearby Nuremberg, have earned him comparisons to the great Renaissance artist Albrecht Dürer. At the same time, his stylized and deceptively simple compositions bring to mind Japanese woodblock artists such as Hiroshigi.

Mr. Hansen has exhibited in galleries around the United States and his work is in collections of the Bayerische Graphische Sammlugn, Munich; Library of Congress, Washington, DC; University of Oregon, New York Public Library, and Seattle Art Museum.