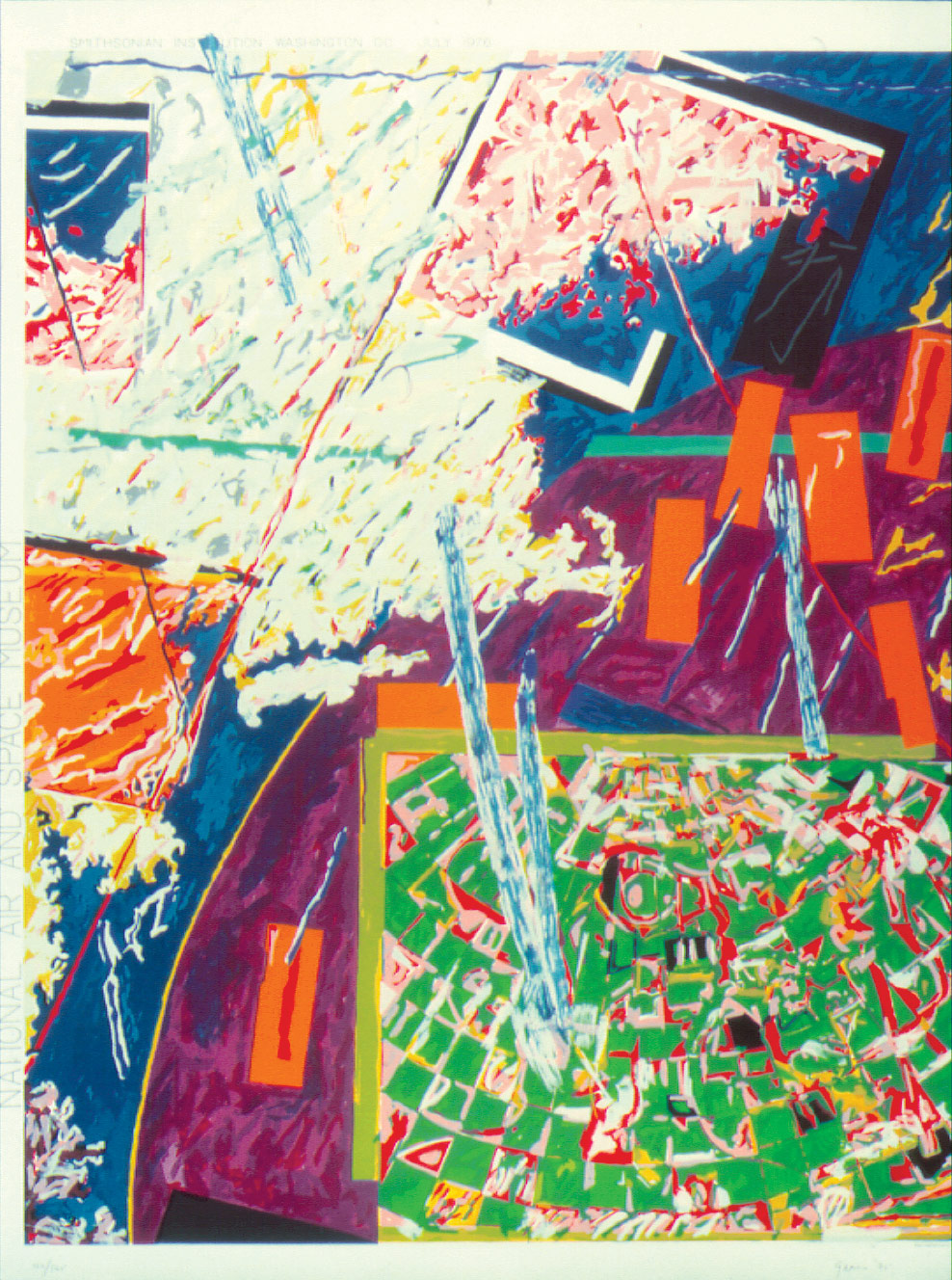 Click or tap image for a larger version.
This brilliantly colored abstraction was commissioned in 1975 to commemorate the opening of the National Air and Space Museum. It actually depicts a skillful composite of photographs taken from Apollo 13 on its way to the moon, describing the globe's curvature shown in magenta. Other photos taken from weather satellites include Washington, D.C., and show the jagged edges of New York and Long Island Sound, and the craggy contour of Maine and Cape Cod, which merge into the blue-green sea.

Nancy Graves (1940-1995, Pittsfield, Massachusetts) was a painter, printmaker, stage designer, sculptor, and filmmaker. She received her B.A. from Vassar College and her B.FA. and M.F.A. from the School of Art and Architecture at Yale. Her works can be found at the Whitney Museum of American Art, the Museum of Modern Art, the Albright-Knox Art Gallery, the Chicago Art Institute, the Walker Art Center, and museums in Cologne, Vienna, and Zurich.